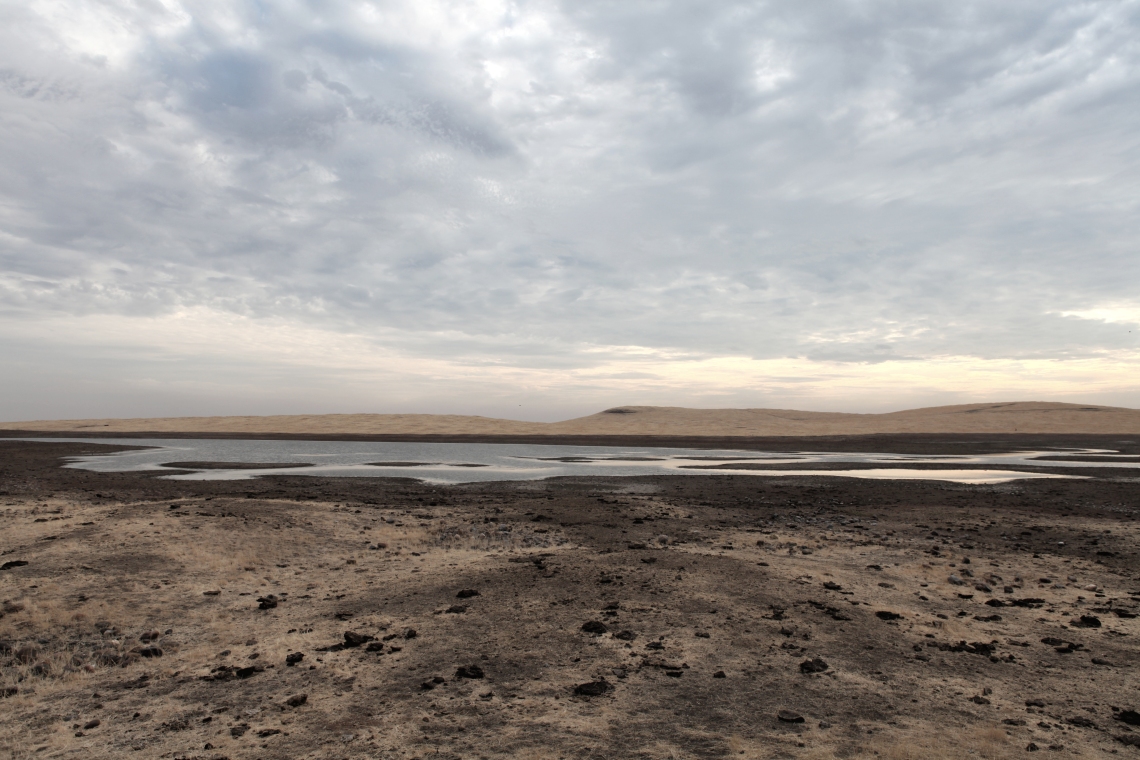 A landscape of plenty

The FMR landscape is dotted with hidden treasures and natural wonders.

The Flying M Ranch covers a large expanse of vernal pool grasslands and farmlands in eastern Merced County. The majority of the landscape has remained nearly unaltered for thousands of years. The land is rich in Native American history, and provides habitat for an amazing diversity of plants and wildlife.

The ranch provides habitat and foraging grounds for large numbers of songbirds, waterfowl and raptors, including bald eagles, golden eagles, and various hawks and falcons. 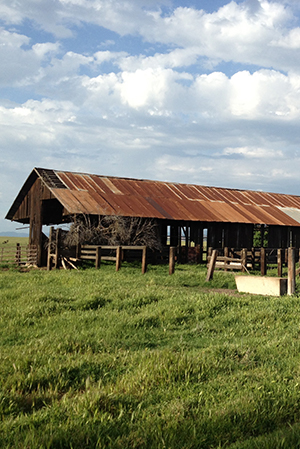 A Glimpse of the Past

Around the ranch, a few old structures remain, weathered by the sun, the wind, and the rain. These cherished relics remind us of the Central Valley’s rich agricultural heritage.

The Rahilly Tree is a favorite FMR landmark. It has withstood the heaviest of rains and the driest of droughts. It marks the location of the homestead of one of the original families that settled Merced County. A favorite of the late Lucia Myers, it holds a very special place in our hearts.

Bear Creek is an intermittent stream that traverses the southern end of the Flying M Ranch. The creek originates near the town of Bear Valley, and drains the Bear Valley and Hornitos watersheds. Signs of Native American life can be found along its stone banks.

Burns Creek enters the north eastern corner of the ranch, and winds its way through the property to its conflux with Bear Creek. The creek provides water and foraging habitat for a variety of wildlife, from waterfowl and raptors, to coyotes and bobcats. 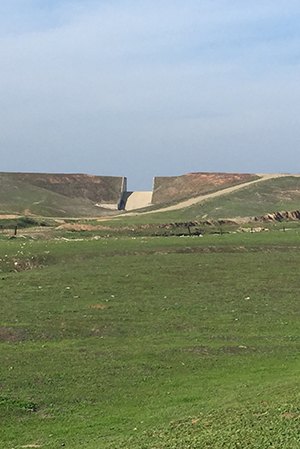 The Burns Dam is a significant landmark on the ranch. Constructed by the U.S. Army Corps of Engineers, it is designed to hold a 250-year flood, and protects the City of Merced. In the rainy season, Burns Reservoir grows substantially, and waterfowl can be seen in great numbers.

The “Indian Rocks” are located along Bear Creek, and consist of a stone slab covered in circular pockets. These small depressions were created by Native Americans as they ground acorns, their primary means of subsistence in the valley. 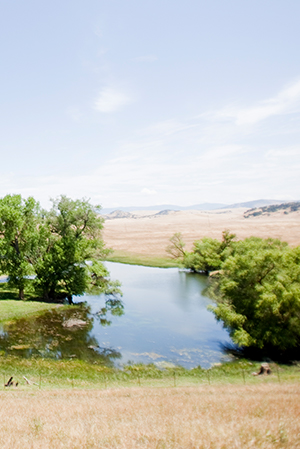 Petroglyphs can be found at FMR. While damaged from natural processes of exfoliation, moss growth, and seasonal flooding, they are still extraordinary. Large habitations are believed to have existed at these petroglyph sites. 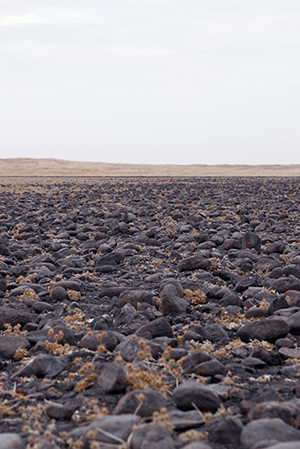 FMR’s most defining characteristic is the hummocky appearance of the vernal pool landscape. Vernal pools develop in areas of grassland underlain by hardpan, and provide habitat for a diversity of fauna and flora.

Top of the World

The undulating plains of the FMR landscape were created by the differential erosion of the North Merced Gravels, which forms a flattish capstone pediment over the underlying clays and sandstones of the Mehrten formation, a geologic formation of California. The differential erosion of the pediment amid the softer underlying sediments have formed several “haystack mountains.” These are small, low hills capped by the horizontally bedded pediment. One of the hills, appropriately named “Haystack Mountain,” is the highest point on the property. It’s summit provides a view upon the gently rolling eastern alluvial plains, and the oak parklands of the lower Sierra foothills. Its silhouette against the landscape looks like a large stack of hay, reminding us of the prior agricultural generations.

The foothills just east of the Flying M Ranch are generally assigned to the Southern Sierra Miwok, whom settled seasonally between the upper elevations of the Sierra Nevada in the warmer months, and the lower elevations of the foothills and plains in winter. However, whether the ranch itself was settled by Miwok or Northern Valley Yokuts is indeterminable. It is possible that the ranch lies within an area serving as a buffer zone between the two groups. Evidence of Native American habitation can be found throughout the ranch property. Over the years, researchers have discovered numerous middens, and unearthed large quantities of Native American artifacts.

A Stone’s Throw Away

The Flying M Ranch lies at the edge of the lower Sierra foothills, which extend into the broad expanse of the western Sierras. In a direct line, the property is just 40 miles southwest of Yosemite National Park. Within these 40 miles, the landscape changes dramatically, from the vast grasslands of the valley, to the towering peaks of the Sierras. Historically, the Southern Sierra Miwok may have occupied the lands around FMR in the cooler seasons, and journeyed up into the higher reaches of the Sierras, including Yosemite Valley, in the warmer seasons. This region of California is culturally and aesthetically extraordinary. Yosemite is an easy drive from the ranch, providing FMR’s partners and clients with unrivalled recreational opportunities.