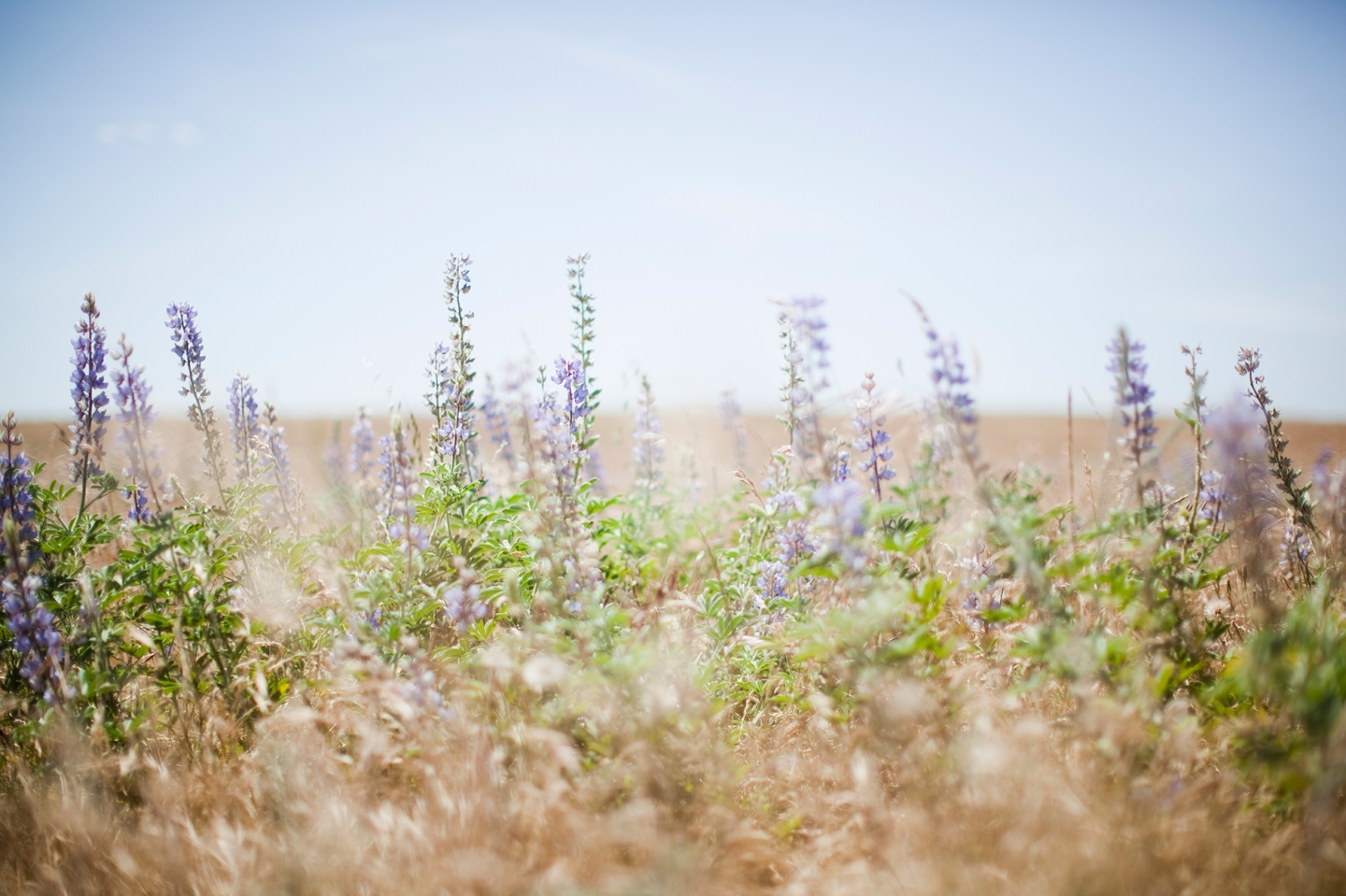 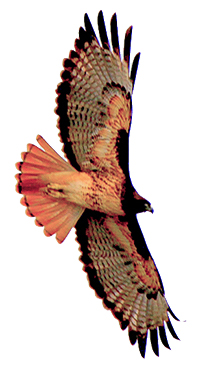 We are the stewards of this incredible grassland ecosystem

Ranchers protect some of the best intact grasslands in the United States, but face economic pressures, and threats from increasingly unpredictable weather conditions. Since the early 1980s, the Flying M Ranch has worked with conservation organizations to protect and maintain the health of its grassland ecosystem. 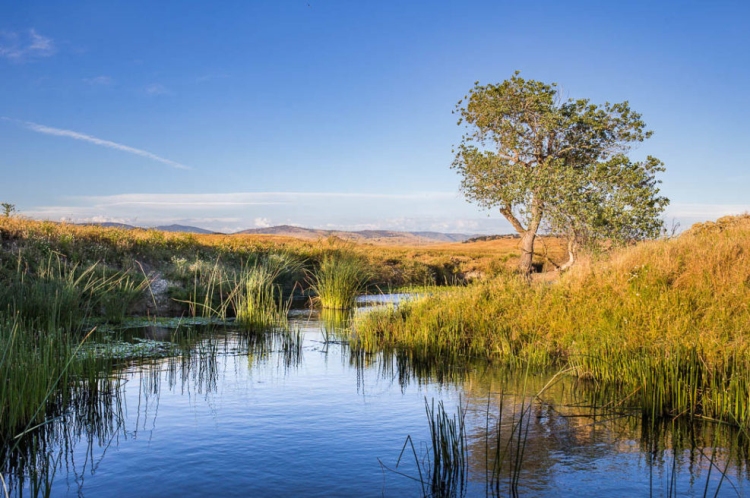 Stewards of the Land

With working ranches occupying approximately 40 million acres in California, ranching is the number one land use. Ranchers are tasked with conserving vast areas of grassland habitat, critical to maintaining ecological biodiversity. 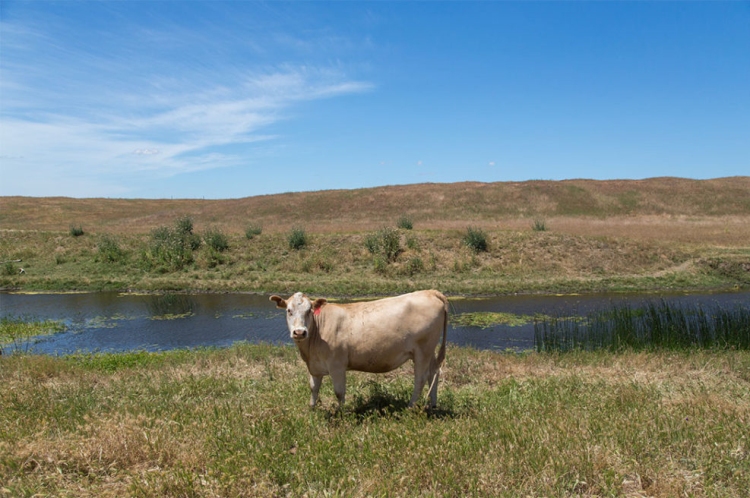 Scientific studies have found that ranching maintains the health of grassland ecosystems, improving soil quality with manure, and preserving open space and wildlife habitat. Additionally, carbon is effectively sequestered in the grasses and soils of grazing lands. While ranchers play a critical role in preserving grassland ecosystems, they are also tasked with providing a reliable and sustainable food source to feed our growing population.

Mimicking the grazing patterns of wild herds with cattle

Throughout the world, grasslands have evolved over millennia to support vast herds of roaming herbivores. These herds display spatial and temporal characteristics that are fundamental to grassland vitality. First, as a defense mechanism, grazing herds spatially distribute themselves in tight clusters. Secondly, they are in constant motion throughout their range. These two characteristics create a pattern of grazing, trampling, and fertilizing that promote plant decomposition, carbon sequestration in the soil, and nutrient cycling. Research has revealed that without proper grazing, grasses do not effectively decompose. This presents a host of issues, including the release of carbon into the atmosphere, rather than carbon uptake in the soil, and desertification. Over the past few centuries, population numbers and densities of wild grazing animals have declined drastically as a consequence of human activity. In response, grasslands around the world are undergoing desertification. Grazing is now viewed as an imperative condition for maintaining the health of grassland ecosystems, and increasing carbon sequestration in soils.

Cattle are a critical component of the vernal-pool grasslands. Research has found that by grazing down invasive European grasses, cattle enable the native herbaceous flowers to grow and flourish. This is why the Flying M has worked with conservation organizations, biologists and botanists to assess the condition of our ecosystem for over 30 years.

The Merced grasslands are home to species of plants and invertebrates that occur nowhere else on earth.

The Merced Grasslands, one of the largest and most intact vernal pool-grasslands habitats in the world, supports a unique assemblage of native species. The vernal pools, ringed by wildflowers in the spring, harbor a number of rare and endangered species. The pools also attract large flocks of wintering waterfowl and shorebirds in the rainy season. 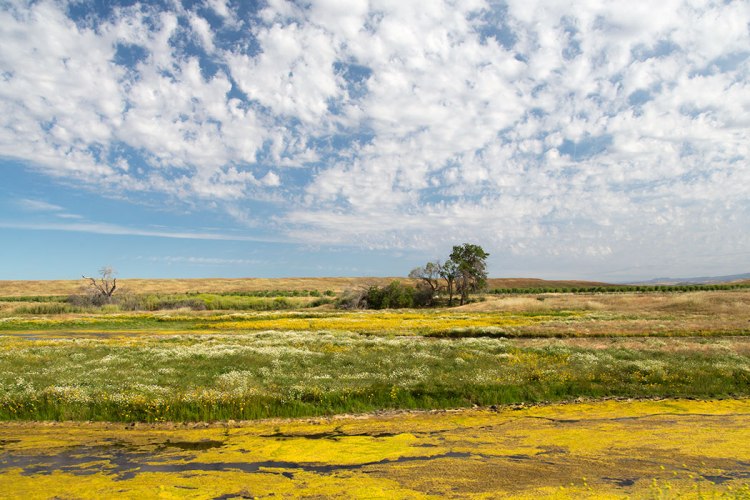 Fauna & Flora of the Grasslands

The ranch provides for a splendid diversity of fauna and flora.

FMR’s efforts to conserve vast tracts of vernal pool grasslands has ensured the vitality of the ecosystem, and the safety of the unique and diverse species found within it.

Several species of unique songbirds can be found on the Flying M Ranch. These include, tricolored blackbirds, California horned larks, and savannah sparrows. 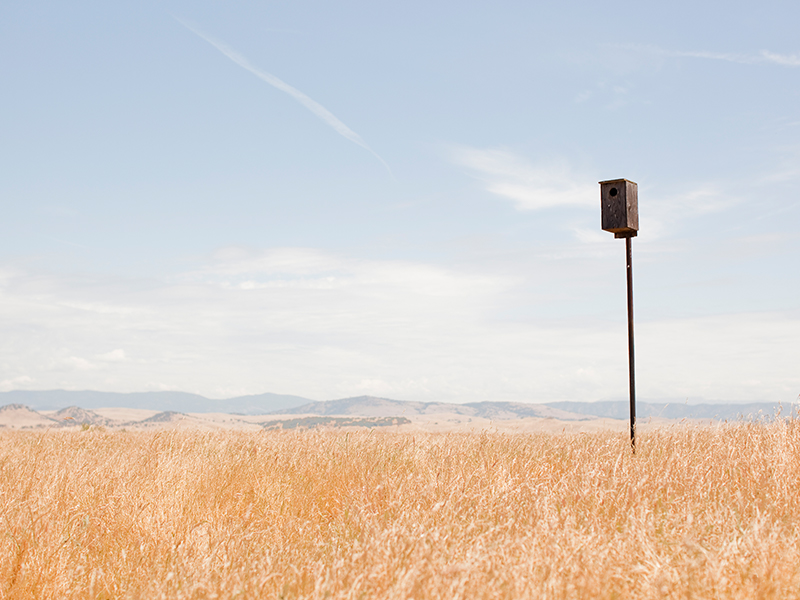 In the early 1980s, the Flying M Ranches donated two conservation easements to The Nature Conservancy, protecting 5,000 acres, and leading the effort to protect the Merced grasslands.

In 2000, The Nature Conservancy launched the Merced Grasslands Project, which will eventually protect at least 60,000 acres of grasslands. 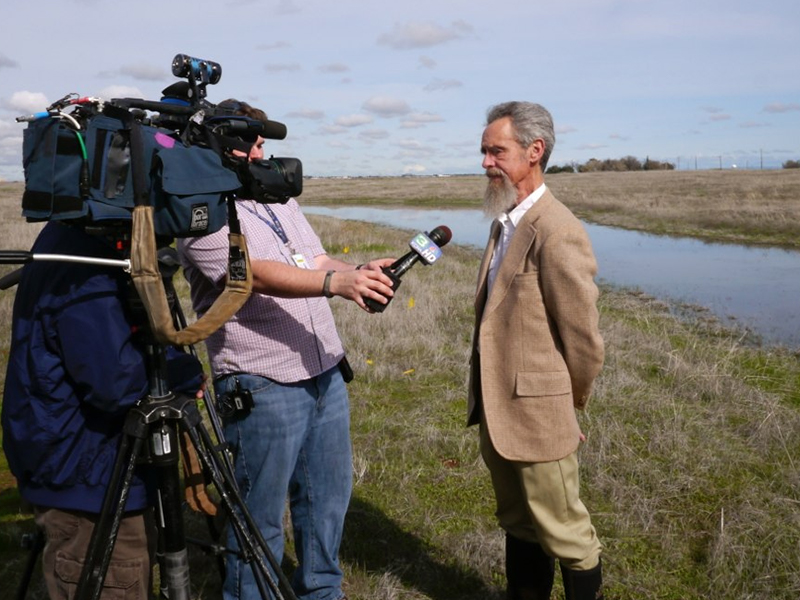 A lifelong commitment to vernal pools 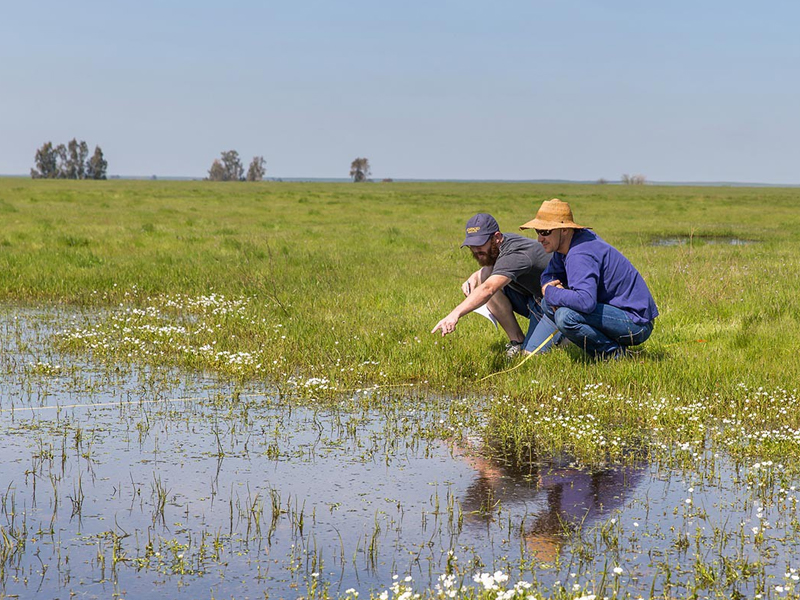 UC Merced is located at the northern boundary of the Flying M Ranch. The Myers family has supported the development of the University with land contributions and other philanthropic donations. Today, the University maintains the UC Merced Vernal Pools & Grasslands Reserve. This 6,500 acre area provides research and learning opportunities for professors and students. Visit the UC Merced website to learn more.